The UK environmental sector is about to enter one of the most uncertain times in its history as the Brexit deadline looms [now set to 22 May at the latest]. EIC executive director Matthew Farrow offers his take on how the policy and regulatory agenda is unfolding.

Ahead of his presentation at this year’s Environment Analyst Business Summit, we asked Farrow to set out what the next few years may hold for the environmental services industry, taking into account macro trends such as Brexit, devolution and digitalisation, as well as the changing attitudes of key politicians and the general public. Farrow’s refreshingly optimistic view is perhaps a welcome dose of positivity at a time of heightened uncertainty. 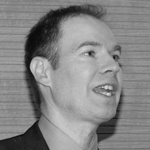 Brexit - a race to the bottom?

Of course the major cause of uncertainty right now is Brexit, and writing this in mid-March, anything I say is likely to be overtaken by events. It is obvious though that Brexit has the potential to be a setback for the environment. We all know the statistics – 40 years of EU Environmental Directives creating perhaps 80% of all UK environmental regulations.  Greener UK – the coalition of NGOs working together to lobby for high environmental standards post-Brexit – publish a quarterly risk-tracker assessing how much danger there is of a loss of protections across different environmental areas. The most recent risk tracker, published in early March as fears of a no deal Brexit rose, listed all areas as red ie ‘high risk’.

But despite these legitimate fears (and clearly we mustn’t be complacent) I think the chances of a ‘race to the bottom’ on environmental standards  is low. Michael Gove seems determined to make a Green Brexit part of his legacy as environment secretary, and has delivered an ambitious 25 Year Environment Plan and a draft Environment Bill which includes proposals for an Office of Environmental Protection. With a bit of strengthening, the Bill could provide a reasonable guarantee that even if his successors are less sound there will be no big bonfire of regulation.

Alongside this it’s worth remembering as well that there is a growing consensus across the political spectrum in support of strong environmental policies. The 25 Year Plan was launched by Theresa May in the first speech by a Prime Minister on domestic environment policy for twenty years; continued environmental protections have been part of Labour’s ‘red lines’ on Brexit and 187 MPs from all parties have signed the Greener UK pledge: ‘I will do everything in my power to establish the UK as a world leader on the environment by committing to match or exceed current [EU] environmental, wildlife and habitat protections.’

The centralist groups such as the Lib Dems and the new Independent Group tend to be automatically pro-environment, while dry-as-dust Chancellor Philip Hammond emphasised the need for action on climate change in his Spring Statement earlier this month. While these things can go in cycles, I take some confidence from opinion polls that constantly show strong public support for the environment, and the student climate strike has also caught political and media attention.

Not only is the political consensus behind environmental policy in good shape, but I also think we are seeing a more mature approach to developing environmental policy.  For a long time policy was largely focused on the important but basic tasks of minimising point source pollution and reducing landfill volumes. In recent years there has been much more attention given to systems thinking about the environment, and we are starting to see the benefits of that coming through.

The impact of natural capital approaches is an example of that, with a commitment in the 25 Year Environment Plan to set requirements for ‘net environmental gain’ to be an outcome from all new infrastructure and housing development. And in comparison to the approach to air quality of focusing on limit values for individual pollutants, which for example has led to a focus on NOx at the expense of particulates (which are below legal limit values despite being arguably more harmful) the recently published Air Quality Strategy takes a more holistic approach and also proposes exposure targets.

The recent suite of Defra consultations on waste and resources is further evidence that policy makers are recognising that a ‘circular economy’ can only be achieved through systems change.

The combination of an ambitious era of environment policy making and a more systems-led approach will influence environmental consulting. It will continue the move away from consulting services being driven by client needs to achieve basic compliance with regulations, towards more holistic work helping clients to understand how a more systems-led approach to policy will affect the expectations placed upon them by stakeholders and how they can future-proof their operations.

A further factor affecting the environment world will be the continuing impact of devolution. Scottish and Welsh policy has already begun to diverge from England in recent years, and this is likely to accelerate post-Brexit. And in England the role of the metro mayors is starting to be felt – Andy Burnham’s decision for all new buildings and infrastructure in the Greater Manchester area from 2028 to be required to be zero carbon will have significant implications for developers in the region.

The upside of this is that it encourages more innovation in policy making. The downside is that for large corporates operating across the UK, it can create unwelcome complexity and unintended consequences (for example different rates of landfill tax and landfill ban policy across the UK can have major impacts on the resources market and movement of waste materials).

As well as policy innovation, I expect the political weight given to the Industrial Strategy and work of UK Research and Innovation will encourage innovation around environmental technology.  My organisation, EIC, has successfully bid for funding from Innovate UK to conduct an innovation audit of the 25 Year Environment Plan, looking at where we already have technologies that can deliver cost-effectively the ambitious goals in the plan and where we need to either commercialise existing R+D or stimulate new innovations.

The other big trend that will affect the industry is digitalisation. The EIC ran a conference last November on the way that digitalisation and big data is changing the way we understand, prioritise and tackle environmental issues. We ran the event jointly with the Natural Environment Research Council, who felt that environmental businesses were not making full use of the enormous amount of data that the council holds. It was clear from discussions at the conference there is a lot of potential to use and combine environmental datasets in new ways to create new environmental services products, which is good news for our sector.  Against that, many other sectors have data analysis skills and access to datasets and this could lead to new entrants in the environmental consultancy market.

But against this reasonably positive background we have to recognise the economic situation is not good. The Office for Budget Responsibility has recently reduced its forecast UK growth rate for 2019 to only 1.2%, other world economies are slowing, and whatever the final shape of Brexit, it is unlikely to be positive for the UK economy. Weak economic growth may reduce the scope for mainstream business to invest in sustainability measures which may slow progress towards the truly sustainable economy we all want to see.

Matthew Farrow will be presenting at this year’s EA Business Summit to be held in central London on 19 June, further elaborating on the key policy drivers and priorities set to impact growth and development of the environmental industry sector going forward.

We are pleased to announce the programme for the Environment Analyst Business Summit 2019 is now available - if you would like any further information about speaking opportunities please contact Amanda Rafferty (email: amanda@environment-analyst.com) and for sponsorship and exhibiting opportunities please contact sales@environment-analyst.com, t: +44 (0)203 637 2191

Before that he had a number of policy roles at the CBI, including stints as Head of Environment and Climate Change Policy and Head of Infrastructure Policy.  He also spent five years as Head of Policy for CBI Scotland, where he was responsible for all the CBI’s policy and lobbying interaction with the Scottish Government.