‘Grave  issue’ of pollution from cemeteries

As Walsall councillors debate an increase in burials at a site, Groundsure asks generally: what is the impact of cemeteries on groundwater? 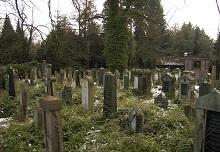 Cemeteries are pretty much a dead environmental issue for the most of the year. But if you wait long enough two stories come along in one day. More than co-incidence that the day is Halloween.

As we go to press councillors in Walsall are deciding on an application to increase burials in a natural burial ground at Winterley Lane, Rushall from around 50 to over 300/yr. Residents are objecting due to fears of contaminating a nearby land and canal

The site is on a former derelict limestone mine and applicants Cemetery Development Services said the burial ground would be an "interesting" way to develop disused brownfield land which would have environmental benefits to the area.

Although cremation is more popular than burial in the UK, it’s estimated that 200,000 people were buried last year. A well-referenced paper from environmental search company, Groundsure, asks – do cemeteries have an impact on groundwater?

It turns out that they can. First there are the bodies. As they begin to decompose, they release around 30 to 40 litres of water, ammoniacal nitrogen, organic matter and salts into the soil. It is known as "necroleachate". Many chemicals are associated with bodies. They can contain metals, including mercury, from dental fillings and non-ferrous metals, such as silver, platinum, palladium and cobalt, from jewellery and orthopaedic implants. Chemical substances can persist from chemotherapy. There are pathogenic bacteria, including E. coli, and viruses and there’s embalming fluid. It previously contained arsenic and mercury. The current chemical of choice, formaldehyde, is a carcinogen, regulated under health and safety law.

Don’t forget the coffin. It may have been treated with varnishes, sealers and preservative - although not in the case of green burials. There’s also the inevitable run-off from fertilisers and pesticides used to keep the cemetery looking neat and trim. It all adds up to a potent chemical cocktail.

The Groundsure report notes: "Cemeteries can be considered landfills of sorts, as there is a higher than normal concentration of potentially contaminative materials located in one place. In general, the shorter the time over which burials occur and the higher the number of burials, the greater the risk of groundwater pollution."

Groundwater is the most obvious receptor to potential contamination. As it contributes around 30% of public water supply in England, it’s a resource that must be protected. The geological and hydrogeological characteristics of a cemetery’s soil, including soil type, permeability and porosity and the depth of the water table in any area, the report notes, will determine the ease and rate of release of contaminants to groundwater.

There are legal restrictions on where cemeteries can be located. They can’t be less than 250m from a well, borehole or spring used to supply water for human consumption, less than 30m from a spring or watercourse not used by humans, less than 10m from a field drain or anywhere within a groundwater Source Protection Zone.

Do cemeteries actually contaminate groundwater? While research evidence is limited, the report refers to a study carried out on a cemetery in the West Midlands, located on the second-most important drinking water aquifer in England. Here, graves dug are dug 2m deep. The water table is 5m below the surface. The results revealed that groundwater in proximity to the cemetery had slightly elevated concentrations of chloride and sulphate, as well as "highly contaminated" levels of pathogenic bacteria.

The findings, usefully reported by Groundsure, indicate that more work needs to be done and that cemeteries should definitely be treated by planners, developers and the people who live near to them with the same caution as other potential sources of contamination that may affect groundwater.

Unrestricted and unlimited access to our latest articles,webinars,reports and weekly email alert